Apply
Apply For A
Summer Job

Photo taken in 2015 by Sofia Mirandes

About Fund for Equality

We’ve made historic progress for equal rights, passing better legislation against hate crimes, and protecting marriage equality — but LGBTQ people still don't have consistent protections nationwide. In more than half our country, the LGBTQ community still risks being fired or denied housing simply for being who they are.

We also have critical work to do, including supporting the LGBTQ community through the COVID-19 pandemic, ending the epidemics of transgender violence and systemic racism, protecting our youth and so much more.

Right now we have a tremendous opportunity to advance the rights of LGBTQ people. We’ve already seen progress with the new administration including the historic Equality Act being reintroduced to Congress and rolling back many of Trump's hateful actions.

The Human Rights Campaign (HRC) is working with the Biden-Harris administration and pushing them to adopt even more substantial policy recommendations that would improve the lives of LGBTQ people. This includes holding our leaders accountable for passing the Equality Act, a major milestone for equality. This act would provide consistent and explicit non-discrimination protections for LGBTQ people.

Winning on these issues doesn't only mean getting people on our side, but getting thousands or even millions of people involved, united, and ready to speak out with one voice, and calling on decision-makers to do what’s right.

In other words, if we want to see real change happen, it will take people power. That’s what Fund for Equality is all about — being leaders in building people power to bring about real and lasting change in our country.

Think about when change does happen — whether it’s to move the ball forward or holding the line for equal rights. You might see the president, a governor or the courts in the headlines, such as when the Defense of Marriage Act was repealed.

But the real story often takes place behind the scenes, when thousands or even millions of people make their voices heard through petitions, emails, small donations and face-to-face meetings to hold decision-makers accountable to equal rights for the LGBTQ community.

That’s people power. That’s what it takes to win real change, and that's what you’ll help deliver with Fund for Equality.

Whether you’re a canvass director or canvasser, you’re an integral part of a group committed to building a strong campaign to win on the real challenges and problems we face. 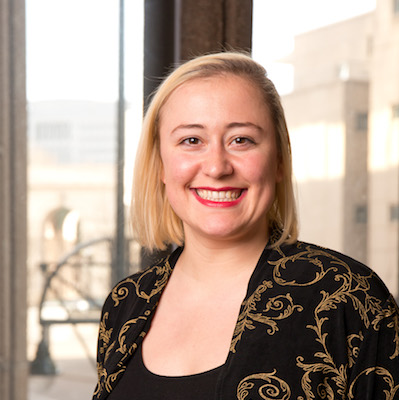 “I developed my skills as a young professional, built my resume and changed the world all at the same time.”

— Kasha Lovato, field manager, then director in the Atlanta office

Apply For
A Summer Job